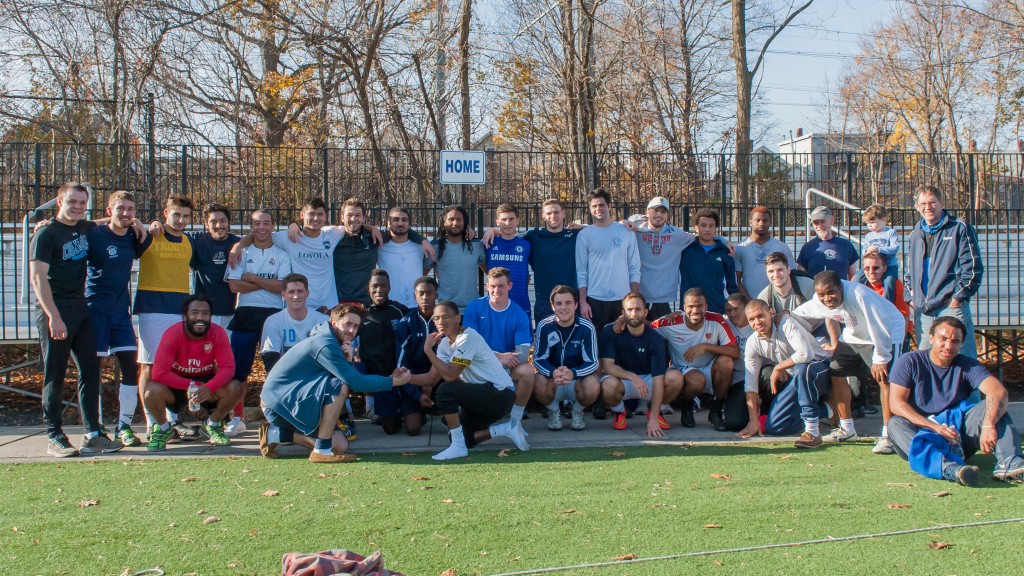 At noon on the Friday after Thanksgiving, the Montclair High School Men’s Soccer Alumni, those who could make it, gathered on Fortunato Field with their coaches to reconnect and have one more game just for the fun of it.

This is the time for old friends to go back to where they came from and to play on the field they loved, competed on and won championships on. This was a great way to get together over a game they love so much and meant so much to them at a very important time in their life. It was a time to reconnect with each other, their beloved coaches, to rediscover muscles which hadn’t been used in a while and feel the sting of the ball.

Most of these young men have been in better shape, and some are in the best shape they have ever been in. Regardless of their physical condition, they were motivated to have a great time over the hour of play.

The alumni took the opportunity to touch base with the coaches who meant so much to them and to shake their hand one more time, perhaps just a little bit firmer and a fraction of a moment longer to say “thanks.” This was a message that was reciprocated back from the coaches who also owe so much to the players who meant so much to them along the long history in their coaching careers. These fine young men and their coaches have a history together. It’s understood that keeping in touch will be spotty, if at all, but that will not diminish the respect and admiration that is shared; life goes on but they will never forget the time they spent together on this field.

On the quiet sunny Friday afternoon, the day after Thanksgiving,  when most of these young men are home from college, they assembled on the very same field where in their school days it would have been a busy place.  Then, the field would have included all the usual pomp and circumstance: coaches, competitors, fans, family, press and photogs would have scrutinized, cheered, jarred and celebrated their every moves. This field was, on this special day, all their own so they could get together just for themselves.

and shake a hand completing the last segment of the circle: alumni.

They had the opportunity to reconnect with the legendary coaches, Weber, Weaver and Ball and share some laughter over the ball you just can’t catch up to any longer, the pain, the stretch that was a little further then you should have, the header that you shouldn’t have.

The t-shirts worn thin by some of the returning alumni hint at when they were here on this field by the vintage imprints, faded colors and some hint at how far they have traveled to come home to play this game on this day:  John Hopkins, Columbia, Yale, Trinity, US Naval Academy, Loyola, Harvard, Wesleyan, Tufts, UCLA, Moravian, University of Texas, IMG Academy, University of Alabama and sports clubs and teams were all proudly displayed – some under the all too small pennies that Weaver handed out.

For this photographer, the opportunity to lay eyes on some very familiar faces I had not seen in some time to witness the camaraderie, the shared moments, the embarrassed laughter from the failed attempts at maneuvers that used to be instinctive, was definitely good for the soul. 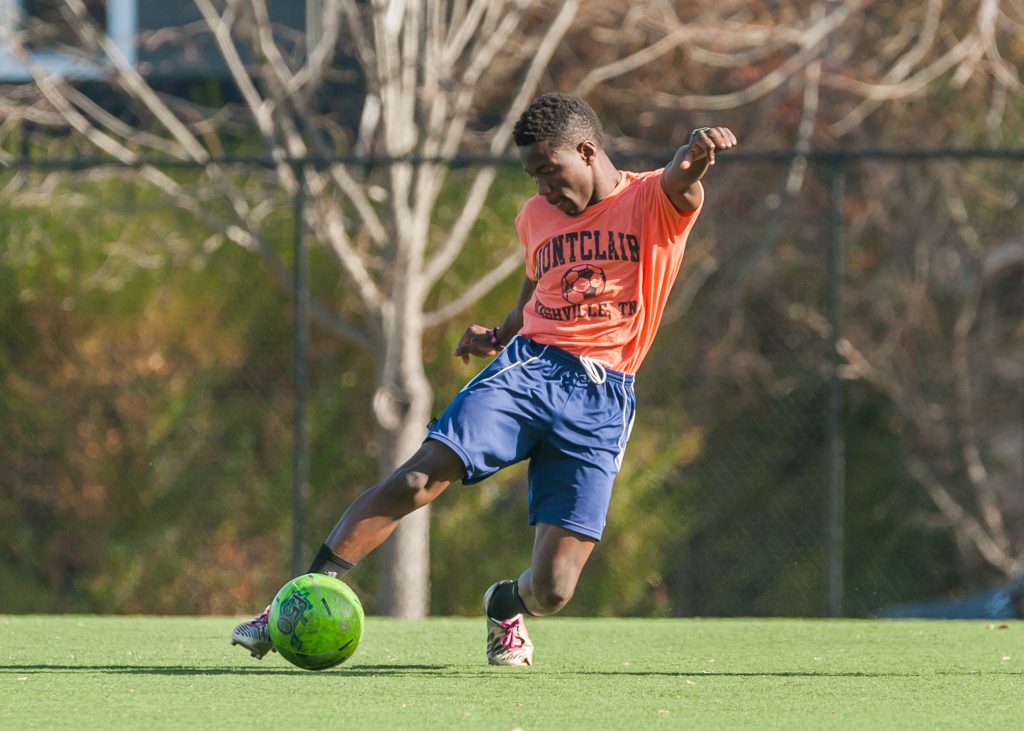 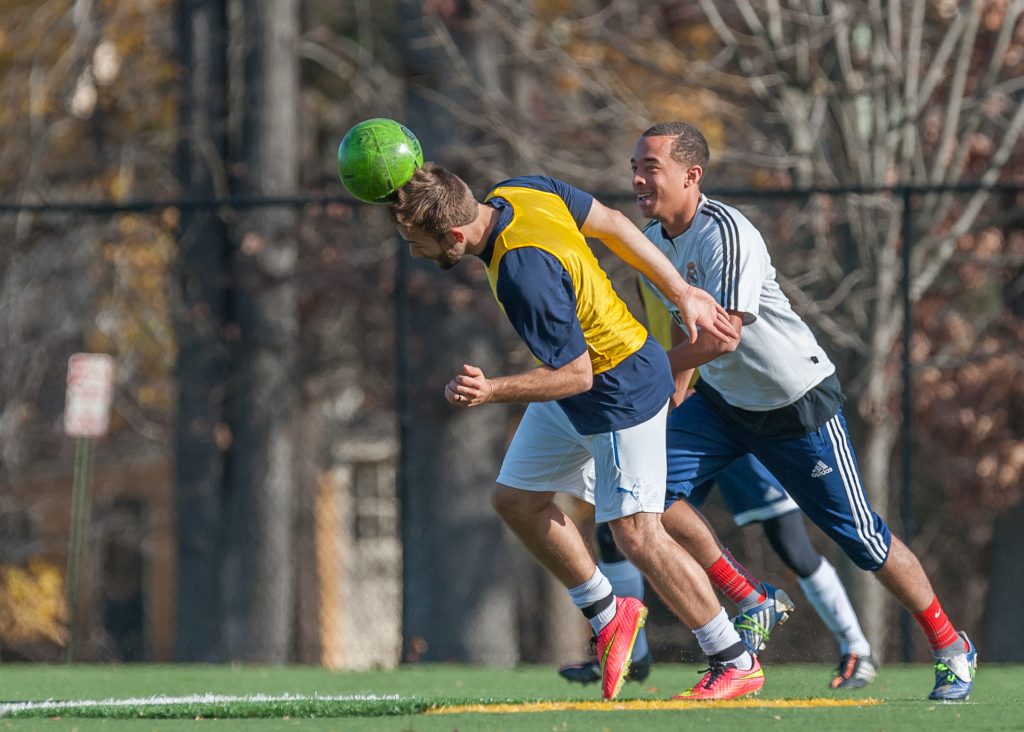 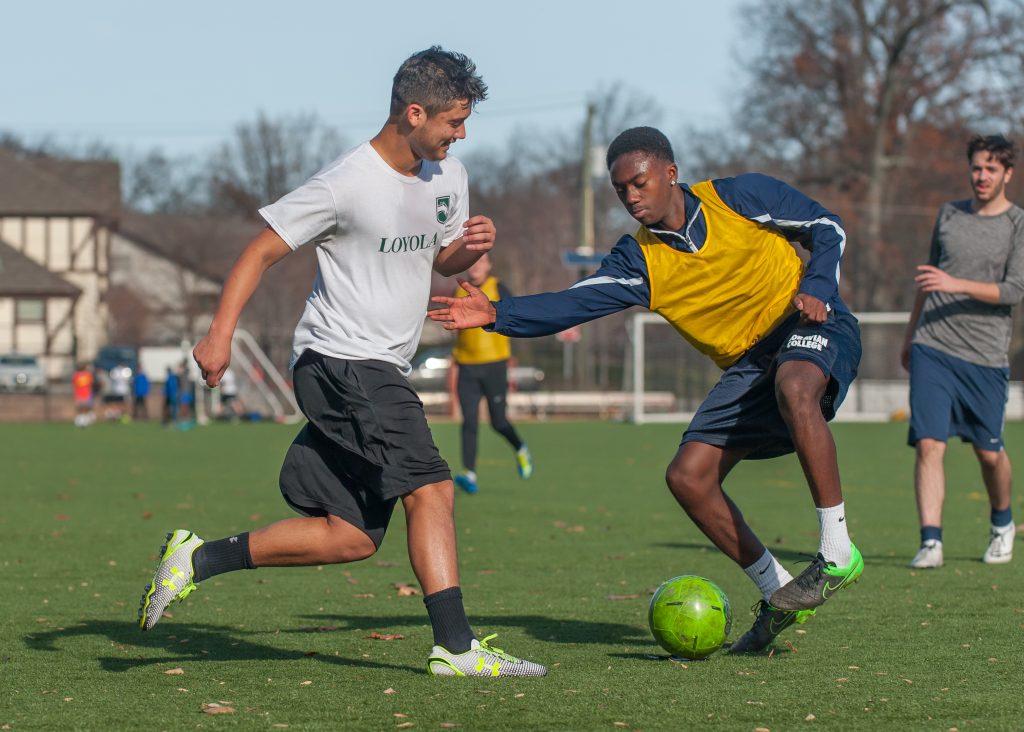 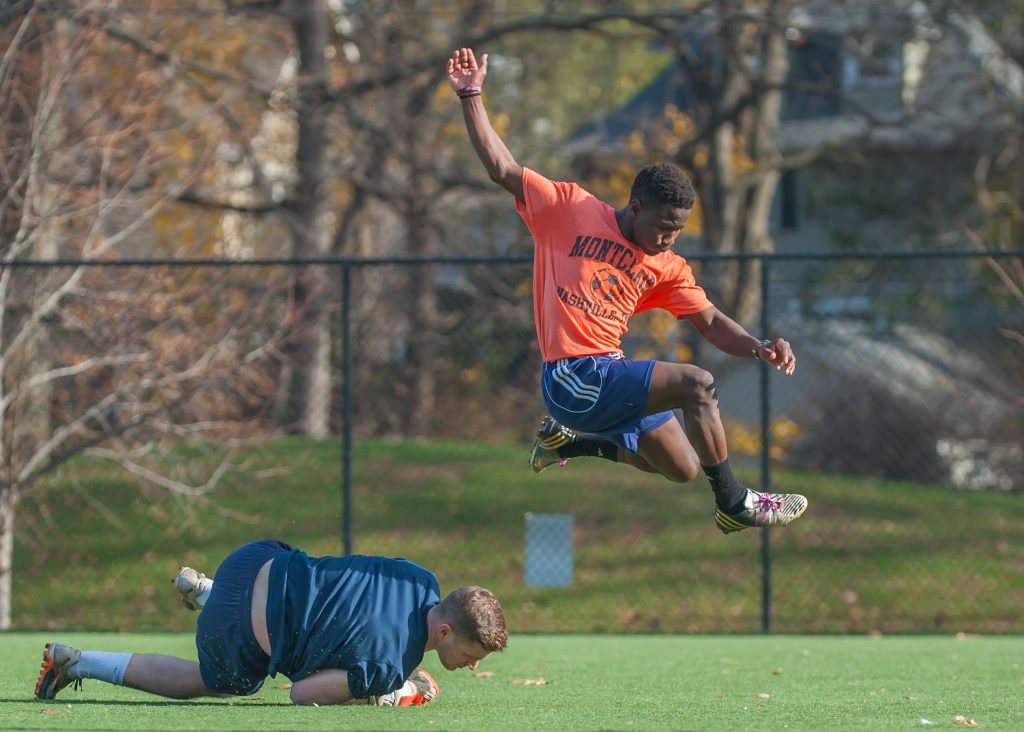 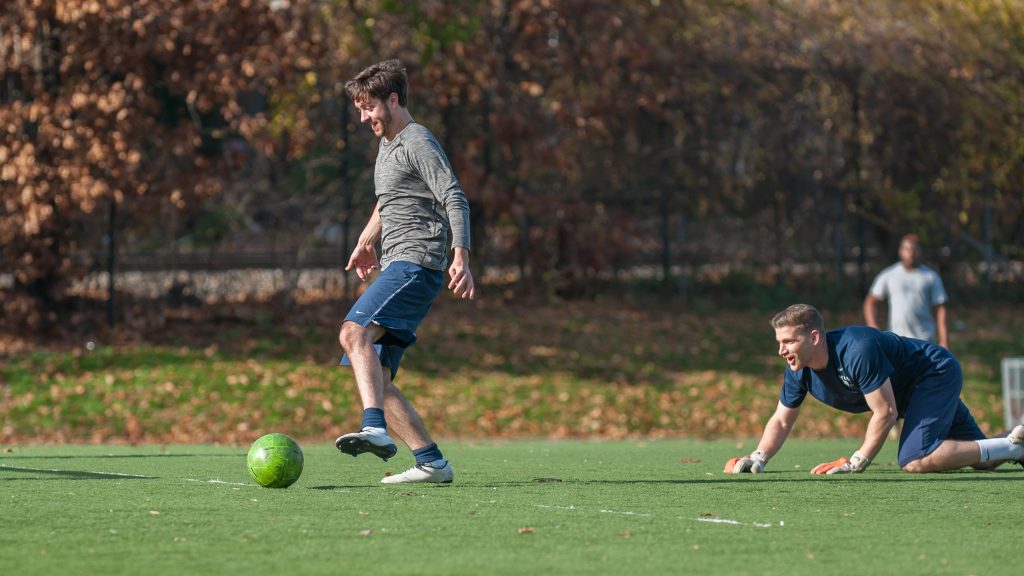 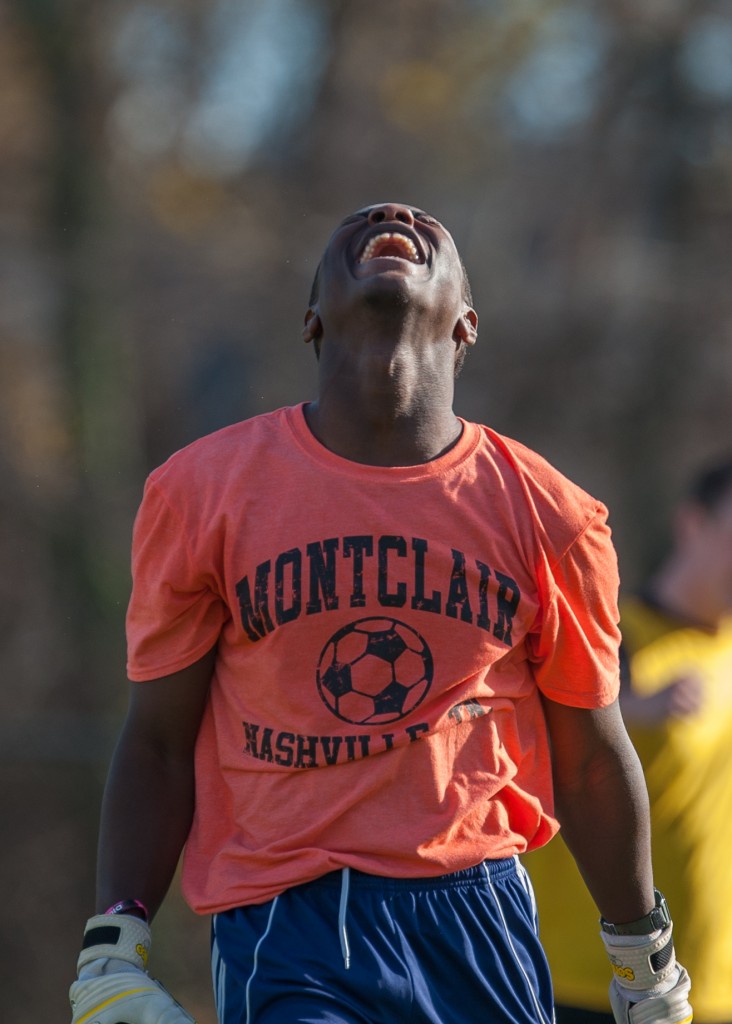