By Erica Manansala, Managing Editor on May 9, 2016   Entertainment, Featured

Grab a friend or two for a night of Chris Issak on May 19 at the Wellmont Theater in Montclair. The musical performance will be far from disappointing. 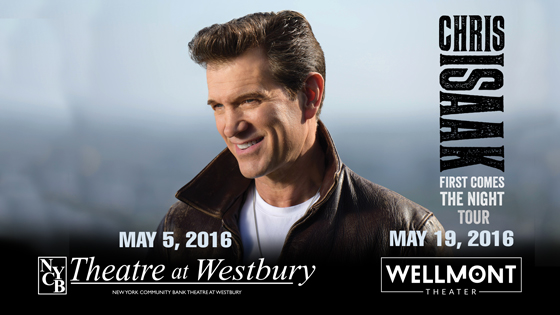