By Erica Manansala, Managing Editor on May 25, 2016No Comment 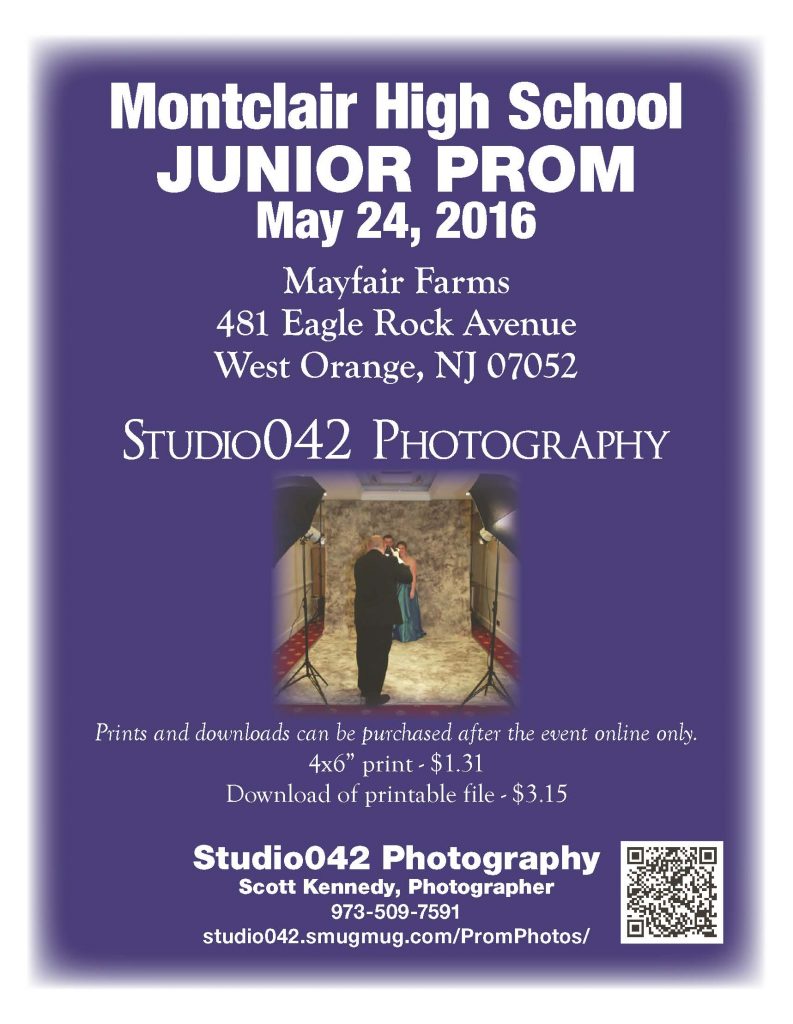 It’s that time of year again for prom!

Montclair High School’s Junior Prom was on Tues. May 24 at Mayfair Farms in West Orange. As students prepared themselves for a spectacular evening of pure fun, they had the generous donation of Studio042 Photography services. In 2015, Studio042 Photography also donated their services for Montclair High School’s Senior Prom. Their performance was so perfect, that they were asked to return again.

Fortunately for Montclair High, prom-goers did not have to worry about capturing the perfect photo. Professional photographers such as Eve Mahaney and Scott Kennedy were already on the scene to preserve such precious moments in time. Mahaney was born and raised in Montclair and is the oldest with brothers. She has been a staff photographer for The Montclair Dispatch since 2014. On the strength of her eye for composition in 2014 Mahaney was offered the opportunity to curate a gallery from the more than 250,000 images in the Studio042 archives. That first gallery was so well received she was asked to curate a follow-up gallery in 2015 which she entitled “Eyes on Me,” which was similarly very well received. She is currently enrolled at the Roy H. Park School of Communications at Ithaca College, majoring in Cinema and Photography towards a B.S. with a concentration in Still Photography. She’s a standout athlete on the Ithaca Women’s Lacrosse team as a step up from her stellar performance on her high school lacrosse team.  Mahaney is a member of the National Press Photographers Association, NPPA. She prefers to shoot on Nikon cameras and her go-to lens is the 55-300 mm.

To the pleasure of anxious mothers and fathers, partner shots, individual photos as well as stills of the evening’s events were documented by Studio042 Photography. These pictures can be found at Studio042’s online gallery for purchase.

Studio042 is a super printer business that has been established in 1989 by Pilar and Scott Kennedy. This company has been effortlessly working to help the great town of Montclair in any way possible. They are located on 423 Bloomfield Ave. and can be contacted at 973-509-7591 and emailed at quality@studio042.com