Montclair High School’s traditional Project Graduation for the graduating seniors went off without a hitch. The Class of 2013 was transported from the high school on about 11 buses to an arcade and amusement center, I Play America, in Freehold, N.J.

Project graduation 2013 is a celebration for our seniors. Project Graduation 2013 is an all-night party that is organized for MHS graduates and begins right after the graduation ceremony finishes. Buses transport students to a fun location where they can hang out and have fun with their friends until the wee hours of the morning. To […] 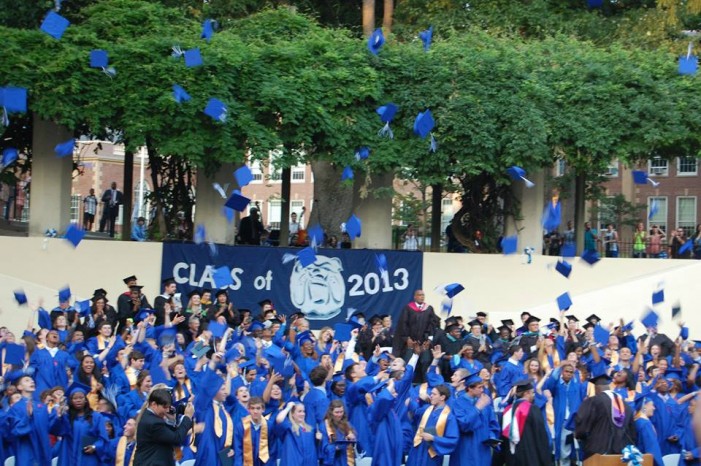 MHS Class of 2013 throw their caps up. The ceremony was held in the Montclair High School amphitheater outside the main building on Park Street. The amphitheater was immaculately groomed and landscaped so that it looked perfect for the MHS class of 2013’s ceremony. Family and friends were crowded on the amphitheater steps  and lined […]