Prepare for a legendary night of Robby Krieger's rock'n'roll with no other than special guest, The Edgar Winter Band. 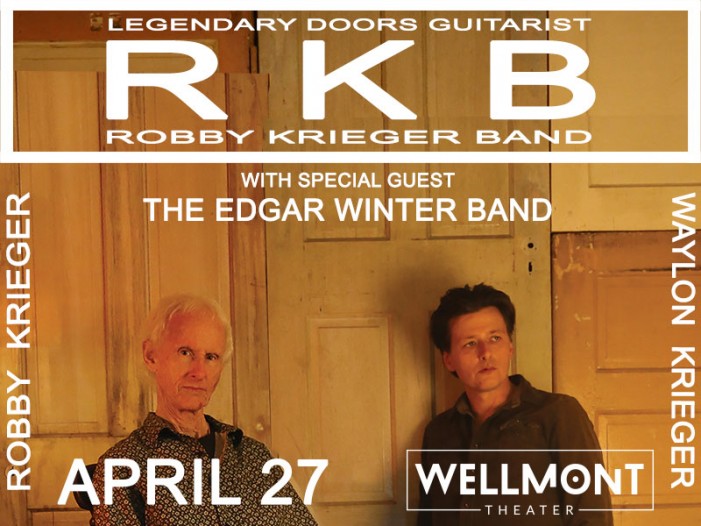 Mark your calendars for Robby Krieger on April 27 at the Wellmont Theater! Robby Krieger is a musical performer and The Doors guitarist. Krieger originally had an ear for jazz, but after getting to know people doing rock’n’roll with jazz, his interest grew. His biggest inspiration for his new found love of rock’n’roll goes to the electrifying […]